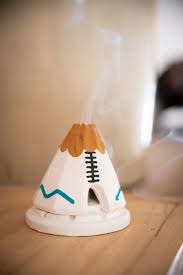 This adorable teepee is a miniaturization of the structure typically associated by the Native Americans and Canadians of the Great Plains. The teepee is a portable dwelling made from animal skins and wood polls and is made unique by the addition of smoke flaps – an effect made complete with the addition of Incienso de Santa Fe’s signature Piñon Incense.

This set includes one White Teepee Burner – Turquoise & Buckskin – and a box of 20 bricks of Piñon Incense.

Piñon smells like winter in Northern New Mexico. Fires burning in each home, smoke drifting lazily out the chimneys while the snow glistens crisply in the shadows. Piñon is the original Incienso de Santa Fe fragrance and remains the most popular. It is best described as the smell of a campfire or hearth fire. It has a smooth Southwestern aroma and has a distinctive fragrance that is unlike other pines. Piñon trees also produce a nut that is a local treat. This Piñon incense is all natural and does not have any added fragrance. Think of the Incienso de Santa Fe incense as miniature pieces of firewood. Each fragrance is perfect for the urban dweller whose heart longs for the outdoors and the outdoorsman who would like bring the campfire indoor. But what does natural wood incense smell like? Mostly people tell us that our incense reminds them of the past… family camping trips and toasting marshmallows by the fire, bonfires on the beach, Christmas Eve listening to your Abuela’s (grandmother’s) stories. For others the fragrance is the scent of calm and peace. Many use it for meditation, yoga and relaxation. Some have a more practical purpose and use it to cleanse their house from unpleasant pet odours and other smells.

How do I light an Incense Brick? These bricks/cones have a larger surface area than most incense cones, making them harder to light. The upside to this is that they burn longer and produce more incense. Hold the brick over a flame until it burns by itself. This will cause the brick to expand at the burning end. After the brick has stopped flaming, gently blow on the burning ember. Place the brick in the centre of the censer (or incense burner), unlit end down. If the brick should fall over or is laid on its side, the flame may go out. 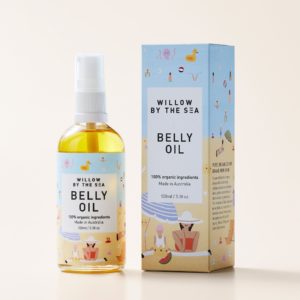 Willow by the Sea Belly Oil for Mothers 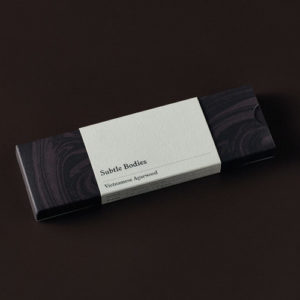 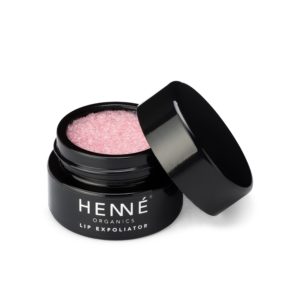 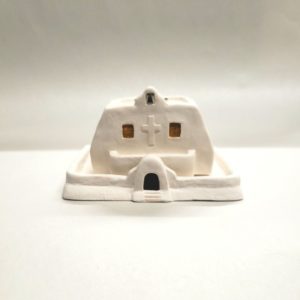 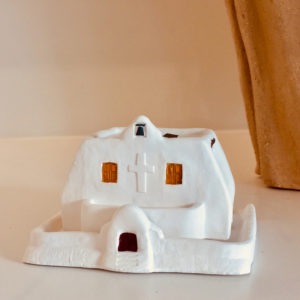 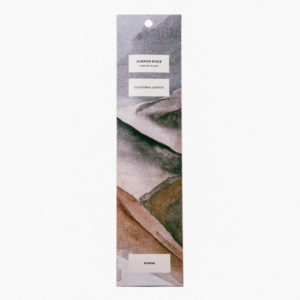 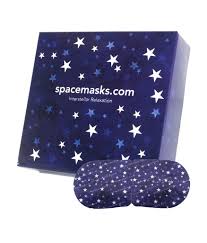 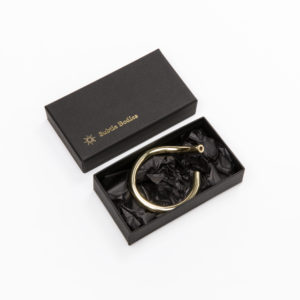 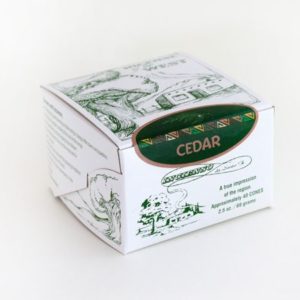